If you are going to be consuming spirulina a necessary question you should ask is, how much spirulina should I take per day? To answer this question you first need to know what you are taking spirulina for. The recommended spirulina dosage per day varies depending on your goal, whether it be to help with muscle performance, cholesterol, blood glucose control, blood pressure etc. This is because the amount of nutrients that have an effect on these different aspects vary, therefor the doses vary.

There is still more research that needs to be done in these areas. But with the information available the recommended doses are as follows.

But before we get into that. Lets go over some basic guidelines for dosing. First off, spirulina is approx. 20% C-phycocyanin (pigment-protein complex) and about 1% phycocyanobilin (light-capturing bilane) by weight.

Why is this important?

Because both of these compounds have known dosage limits and they can be used to appropriately dose spirulina. It is recommended that you don’t consume more than

Lets start by looking at the recommended doses individually.

there have been doses anywhere from 2-7.5 grams used and have shown benefit. But you can take more as desire for more protein.

Spirulina consumption has shown to increase muscle protein synthesis as well as muscle time to exhaustion.

Another study showed spirulina’s protein increases protein synthesis more than other protein supplements. In the study the pups (dogs) were fed a 17% spirulina diet vs a 17% casein protein diet over a course of 60 days (only source of protein) and the result was that the sprirulina test subjects showed more overall protein synthesis. They had a significant 44% higher Myosin (contractile protein) content than the casein group [1]! And the casein even contains more protein than spirulina (84% to 64% respectively) 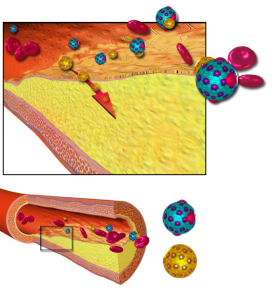 Then for you it is suggested that you take anywhere from 1-8 grams per day.

A study conducted on healthy individuals showed that spirulina is a good control of cholesterol. In it subjects were fed extremely fatty meals in which they showed high increases in triglycerides. These increases were lowered when they also ingested 5g of spirulina with the meal [2].

These rat test subjects did have metabolic syndrome. So they had bad cholesterol levels to start, including low HDL cholesterol and high triglyceride levels.

Are you at risk of diabetes and need to control your blood glucose level?

Doses as low as 2g/day have shown small effects.

It is suggested that 3.5-4.5 grams of spirulina per day are enough to have a positive effect.

One study with human test subjects showed a decrease in blood pressure after 6 weeks of supplementing 4.5g/day. Measurements of the results were not given [7].

Others have shown that spirulina supplementation leads to increased nitric oxide production, which dilates blood vessels and increases blood flow [8].

Spirulina’s effect on blood pressure is one area that needs much more research.

What is your goal with taking spirulina? It has so many benefits I cannot write about every single one. Leave a comment below and I will help you out 🙂

7)Torres-Duran PV, Ferreira-Hermosillo A, Juarez-Oropeza MA. Antihyperlipemic and antihypertensive effects of Spirulina maxima in an open sample of mexican population: a preliminary report. Lipids in Health and Disease. 2007;6:33. doi:10.1186/1476-511X-6-33.